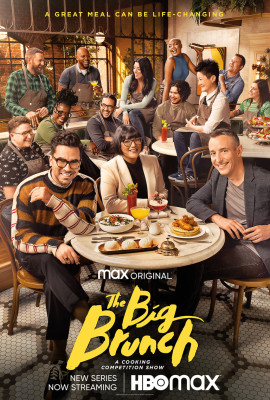 HBO Max drops the trailer for their upcoming cooking competition series, The Big Brunch, which features Dan Levy as creator, host, and judge. It premieres the first three episodes this November 10. HBO Max will release the next three episodes on November 17, and the final two eps will premiere on November 24.

Ten undiscovered, community-focused cooks from throughout the country are the participants in the series as they compete for a $300,000 cash prize. Sohla El-Waylly and Will Guidara will be fellow judges alongside Levy.

About The Big Brunch TV Show

Created by Dan Levy (“Schitt’s Creek”) and centering around one of the most versatile, yet underrated, dining experiences, THE BIG BRUNCH celebrates inspiring and undiscovered culinary voices from every corner of the country. This eight-episode cooking competition series gives ten talented chefs the opportunity to share their stories and business dreams while vying for a life altering $300,000 cash prize. With Levy acting as host and judge alongside fellow culinary experts chef Sohla El-Waylly and restaurateur Will Guidara, THE BIG BRUNCH serves up the next generation of success stories in American cuisine.