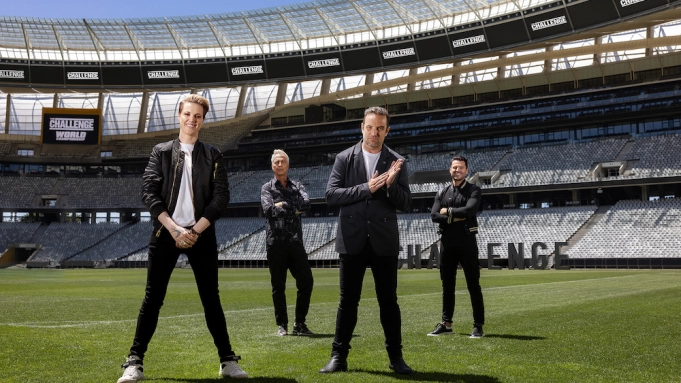 Paramount+ announces a new and intense competition series, The Challenge: World Championship. The twelve-part series will debut on March 8, with back-to-back episodes airing in the United States and Canada. It will drop the following day in the United Kingdom, Latin America, and Australia. Additionally, it will be accessible in Germany, Switzerland, Austria, Italy, and France on March 15.

With international hosts Brihony Dawson (Australia), Mark Wright (U.K.), and Alejandro “Marley” Wiebe (Argentina), longtime host TJ Lavin will be hosting the series. The Challenge: World Championship features global champions and MVPs from Australia, Argentina, the UK, and the USA, as they represent their countries and battle for the ultimate title of Challenge World Champion.

After intense battles around the globe, THE CHALLENGE: WORLD CHAMPIONSHIP brings together global champions and MVPs from "The Challenge: Argentina," "The Challenge: Australia," "The Challenge: U.K." and "The Challenge: USA" to represent their countries and battle for the coveted title of "Challenge World Champion." Joining longtime host TJ Lavin to kick off the premiere episode are global hosts Brihony Dawson (Australia), Mark Wright (U.K.) and Marley Biyendolo (Argentina).

In this 12-part series, each global MVP will be paired with a Challenge Legend, a notable veteran from a previous season of the MTV series, serving as a partner to form the most epic teams in the history of the franchise. They will help them win power and avoid elimination in order to make it to the most difficult challenge of them all, the brutal ﬁnale worth $500,000. In the end, only the most dominant will conquer the game and prove they are not just the best in their home country, but the best in the world.