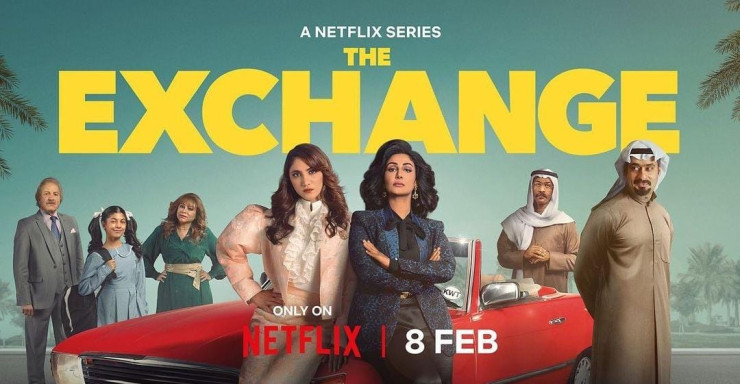 Netflix released the official trailer for their upcoming period workplace drama, The Exchange. The series will premiere on the streaming service this February 8, 2023.

Inspired by actual events, The Exchange follows two women who set out to pioneer Kuwait’s competitive stock market in the 1980s while upending the corrupt boys’ club throughout the process.

About The Exchange TV Show

If you make no enemies while trading during the peak of Kuwait's stock exchange, then you've had no fun - just ask the only women in the pit. Hair permed, shoulders padded, ever-competitive mathlete cousins Farida and Munira are here to bring a new order to Kuwait's chaotic stock exchange. The Exchange, a new Netflix Kuwaiti series, starring Rawan Mahdi, Mona Hussain, Mohammed Almansour, Faisal Alamiri and Hussain Almahdi; releases on February 8 2023. Only on Netflix.