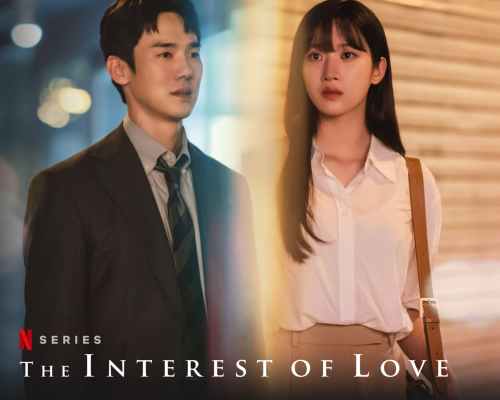 “I made the mistake of giving my heart to someone I shouldn’t have.” The Interest of Love, a new weekly K-Drama, is dropping on Netflix. This romance drama series centers on the scandalous workplace romance between the characters Ha Sang Soo, Ahn Soo Young, Park Mi Kyung, and Jung Jong Hyun. It premieres on Wednesday, December 21st, 2022, the same day as its debut on the South Korean cable network jTBC.

Watch the official trailer below.

About The Interest of Love TV Show

Ha Sang Soo has had this position for three years already, and he is a handsome, intelligent, and sturdy person who will not waver in the face of life’s difficulties. Although he is an upright character, Ha Sang Soo is not cold or too formal but rather warmhearted with a humorous side. Not to mention, he has an athletic form fit for a national athlete rather than a bank employee. He entered his job as the top employee from Nara Bank’s training center, so he is very popular but also the source of envy for many others.