Home | Uncategorised | The Last of Us Official Teaser | HBO Max 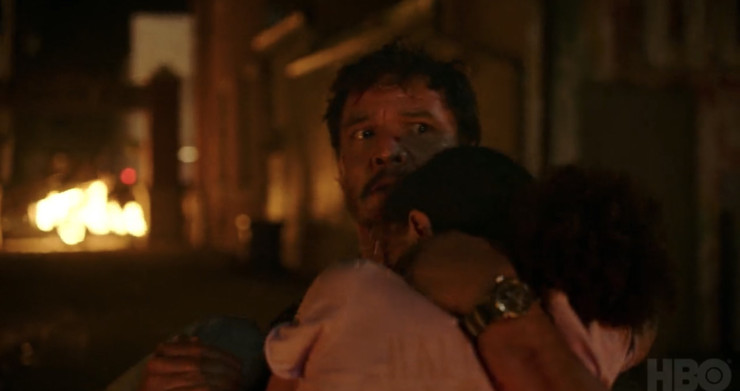 HBO Max has finally debuted the official trailer for the TV series adaptation of the popular PlayStation video game, The Last of Us. It will be a ten-episode series and will premiere sometime in 2023. The story centers on Joel and Ellie as they navigate the post-apocalyptic United States devastated by an unknown illness that has taken over people’s brains and transformed them into terrifying monsters called clickers.

The series stars Game of Thrones alumni Pedro Pascal and Bella Ramsey.  In addition, it features Merle Dandridge, Gabriel Luna, Nico Parker, Murray Bartlett, Nick Offerman, Jeffrey Pierce, and Anna Torv. Troy Baker and Ashley Johnson, who are the voices for Joel and Ellie in the video games, will also make an undisclosed appearance in the show.

Craig Mazin (HBO’s Chernobyl) and Neil Druckmann, creators of the video game series The Last of Us and Uncharted, will pen the script and serve as executive producers. Along with Asad Qizilbash and Carter Swan from PlayStation Productions, Asad Wells from the original game’s creator, Naughty Dog, and Carolyn Strauss from HBO’s Chernobyl and Game of Thrones will also serve as executive producers.

About The Last of Us TV Show

The series takes place 20 years after modern civilization has been destroyed. Joel, a hardened survivor, is hired to smuggle Ellie, a 14-year-old girl, out of an oppressive quarantine zone. What starts as a small job soon becomes a brutal, heartbreaking journey, as they both must traverse the U.S. and depend on each other for survival.