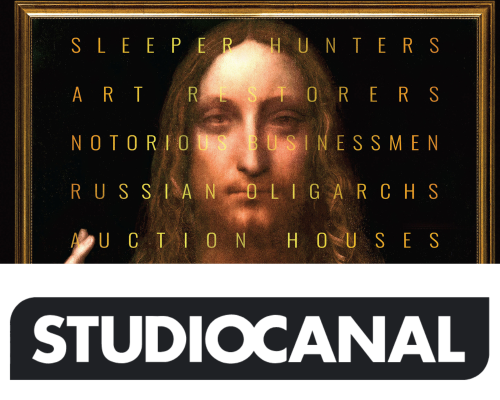 The Lost Leonardo, a 2021 documentary film, will have a limited series adaptation thanks to the deal struck by Studiocanal, Entertainment 360, and The Picture Company. Writer Gillian Weeks will pen the story.

The documentary series recounts the start and bizarre journey of the now-famous Salvator Mundi painting. It centers on determining if the “Lost Leonardo” is the greatest artistic find of our time or a fraud that grew beyond all reasonable doubt.

Christoph Jong and Andreas Dalsgaard will serve as EPs. For Studiocanal, Ron Halpern and Shana Eddy will oversee. Along with Geoff Shaevitz and Marc Mounier of Entertainment 360, executive producers for the series also include Alex Heineman and Andrew Rona of SThe Picture Company. With Weeks, who will create the series, Entertainment 360 and The Picture Company put together the rights package.

About The Lost Leonardo TV Show

The docu explores the origin and surreal journey of the now famous painting called the “Salvator Mundi.” Discovered in an estate sale in Louisiana in 2005 by enterprising art dealers and purchased for $1000, the painting took on a life of its own when it was restored and authenticated as a true Leonardo Da Vinci. The authentication came from Dianne Modestini, a renowned art restorer and da Vinci expert. After several real-life twists and turns that saw the painting travel through the underbelly of the international art world, it eventually sold at Christie’s auction house in New York for $450 million. That was the highest price ever paid for a piece of art, and it was purchased by Mohammed bin Salman, the Crown Prince of Saudi Arabia. The series endeavors to discover whether the “Lost Leonardo” is the greatest art discovery of our time, or a scam that escalated beyond imagination.