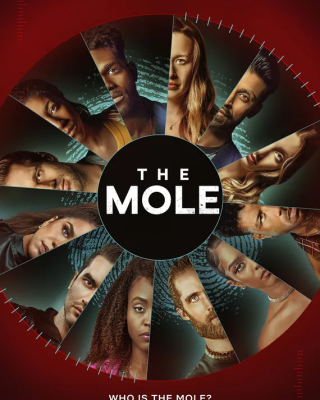 You can now see the trailer for the upcoming ten-episode Netflix series premiering this October 7, The Mole. This show is a reboot of the cult-classic series that previously ran for five seasons on ABC, hosted by Anderson Cooper, and based on the Belgian format De Mol.

In the show, 12 participants collaborate in challenges to add money to a pot that would ultimately belong to only one of them. One of the players has been given the identity “The Mole,” with the role of undermining the group’s attempts to make money.

Alex Wagner, the new host, tells Tudum how she is eager to carry on former host Cooper’s legacy and bring the program to a new audience. She states, “The original Mole was a sort of seismic event in American television. It broke the mold. There’s every reason to watch the reboot because I think the concept of the show is ever more resonant today. We have refreshed a lot of the elements to make them even more compelling than the original — and that was pretty damn compelling.”

About The Mole TV Show

THE MOLE is a high-stakes competition series and in this reimagined version, twelve players work together in challenges to add money to a pot that only one of them will win at the end. Among the players is one person who has secretly been designated "the Mole" and tasked with sabotaging the group's money-making efforts. In the end, one player will outlast their competition and expose the Mole to win the prize pot.