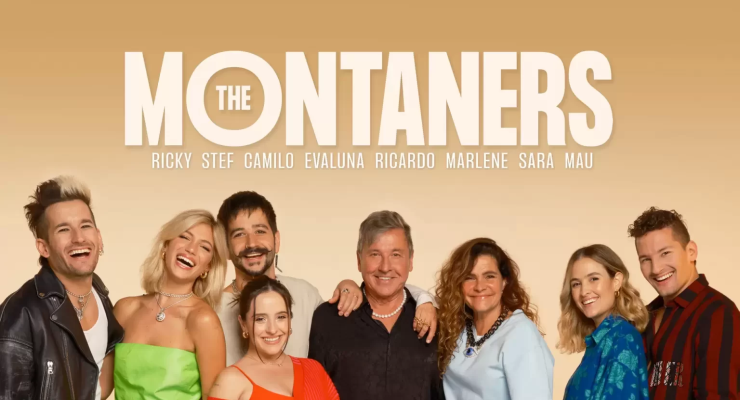 Disney+ revealed the premiere date and dropped the official trailer for their new Latin American Original docu-series, The Montaners. The first five episodes will be available on November 9, and the remaining five episodes arriving soon on Disney+.

The docu-series centers on the Montaners family, whose father is one of the greatest Latin music giants, who are the subject of the television series. Their family members are Ricardo, Marlene, Mau, Ricky, and Evaluna, and their significant others are Stefi, Sara, and Camilo. The new 10-episode documentary series includes cinematic moments and live musical performances. It depicts the Montaner family’s way of life in vérité style.

The show is produced by NTERTAIN Studios with the help of the Disney Branded Television unscripted team. Also, the Montaners and Lex Borrero serve as the creators.

Along with Ricardo, Marlene, Mau, and Ricky Montaner, executive producers on the film include Lex Borrero, Tommy Mottola, and Ivanni Rodriguez. The show’s executive producers, showrunners, and directors for NTERTAIN Studios are Santiago Zapata and Chris Smith.

About The Montaners TV Show

"The Montaners" follows the iconic family of the Montaners: Ricardo, Marlene, Mau, Ricky and Evaluna, and their significant others Stefi, Sara and Camilo, which have become a veritable phenomenon on social media and whose father is one of the greatest icons of Latin music.

The new 10-episode docu-series features cinematic moments, live musical performances and presents their lifestyles in vérité-style documentary, made with mixed media formats, such as cell phone footage and confessional interviews, making use of Ricardo's private video and photo archive who for years has recorded with his camera small and big moments of his growing family. With a non-linear narrative style and providing an intimate and deep look into their lives, "The Montaners" offers the audience the opportunity to get to know each member of the familly.