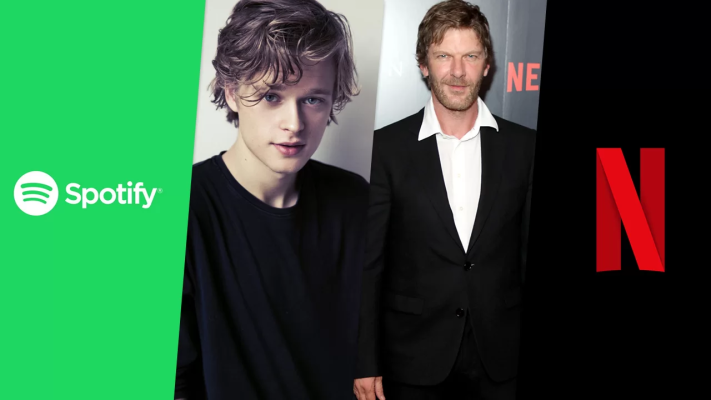 Netflix gave viewers a glimpse of The Playlist, a series that tells the story of the streaming giant Spotify by dropping a one-minute teaser video. The biopic series is an adaptation of a book by Swedish investigative tech journalists Sven Carlsson and Jonas Leijonhufvud, Spotify Untold (also known as The Spotify Play: How CEO and Founder Daniel Ek Beat Apple, Google, and Amazon in the Race for Audio Dominance). It premieres this October 13 on the streaming service platform.

“The founding tale of Spotify is a great example of how a local story can have a global impact. Not only is this a story about the way all our lives have changed in the last decade, it’s about the battle for cultural and financial influence in a globalized, digitized world,” Netflix commented.

The Swedish-language six-episode series is directed by Per-Olav Sørensen (Home for Christmas), from scripts by the head screenwriter is Christian Spurrier (Silk). It is executive produced by Yellow Bird’s Berna Levin, produced by Eiffel Mattsson, and the development producer is Luke Franklin.

About The Playlist TV Show

At the height of piracy, established heavy-hitters were fighting against where the turbulent music industry was heading. The series centers around young Swedish tech entrepreneur, Daniel Ek, and his partners, who revolutionized a whole industry by offering free and legal streamed music around the world.