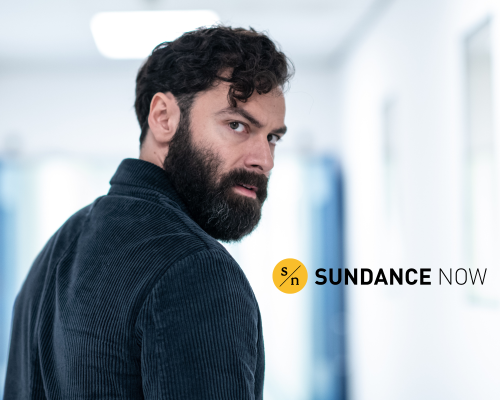 AMC Networks’ Sundance Now released the trailer for their upcoming five-part series adaptation of the book by Michael Robotham, The Suspect. It stars Aidan Turner (Poldark, Leonardo, The Hobbit Trilogy) and premieres on Thursday, November 3. You can watch it on Sundance Now and AMC+.

The series centers on uncovering the secrets of Dr. Joe O’Loughlin (Turner), a clinical psychologist who seems to have it all. Aside from Turner, The Suspect also stars Camilla Beeput (Save Me (Too), Peep Show) as Julianne, Adam James (Vigil, Doctor Foster), Sian Clifford (Quiz, Fleabag) as Dr. Rachel Fenwick, and Bobby Scofield (Time, Anthony) as Bobby.

The Suspect is from World Productions. Peter Berry (Gangs of London), James Strong (Vanity Fair, Broadchurch), and Jake Lushington (Vigil, Born to Kill) executive produce the series. Berry wrote the screenplay for the series. Additionally, Strong serves as the director for the first three episodes, and for the last two episodes, Camilla Strøm Henriksen (Phoenix, Occupied, The Truth Will Out) took the helm.

About The Suspect TV Show

Joe O'Loughlin appears to have the perfect life - a devoted wife, a loving daughter, successful practice as a clinical psychologist, media profile and a publishing deal. He's even a hero online after rescuing a young patient who was ready to jump from the tenth floor of the hospital where Joe works.

When a young woman is found in a shallow grave in a West London cemetery, veteran police officer DI Vincent Ruiz and his young partner DS Riya Devi are assigned to the investigation. But has the young woman been murdered or is this a case of suicide?

As a successful author, Doctor Joe's opinion is much sought after and when he meets DS Devi he's only too willing to offer help with profiling and his expertise.

Now known for his risk-taking and rule-breaking does Joe have more to hide? His recent diagnosis with a debilitating illness could explain his behaviour. But as the investigation into Catherine's death gathers pace, we start to ask, do we know the real Joe, or does he have a secret life? And has his work as a clinical psychologist allowed him to develop a criminal mindset? Or worse?