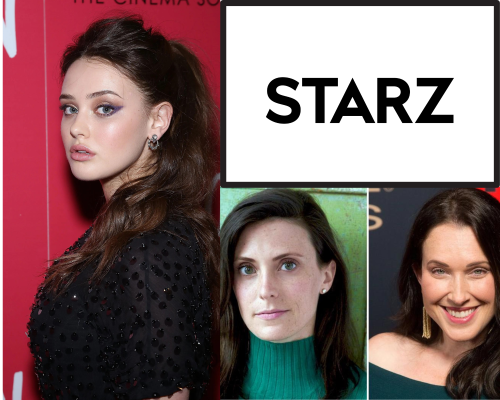 Katherine Langford (13 Reasons Why, Knives Out) will star in the upcoming series The Venery of Samantha Bird. The psychological thriller recently got a series order to drama on Starz. It paints an eerie picture of addictive love and the effects of relationships on families in a small New England area. You can expect the eight-part first season to debut sometime in 2023.

“The Venery of Samantha Bird is the perfect complement to our slate of provocative, immersive storytelling that leans into the female gaze,” said Kathryn Busby, President of Original Programming, Starz. “Katherine is an incredible talent who will bring this modern romance of addictive love to life.”

Anna Moriarty serves as the creator, while Salvatore Stabile is the showrunner. They both executive produce alongside Jessica Rhoades through her Pacesetter Productions banner, with Rachel Polan serving as co-executive producer and Jessica Yu as consulting producer.

Karen Bailey, Executive Vice President of Original Programming, is the executive overseeing The Venery of Samantha Bird for Starz, and Max Elins is overseeing for Lionsgate. The series is a production of Lionsgate Television and Paramount Television Studios.

About The Venery of Samantha Bird TV Show

Visiting family in New England, Samantha Bird (Langford) reconnects with her childhood sweetheart and falls headlong into a seemingly perfect storybook romance. But underneath their fever dream lurks a more unsettling interpretation of this affair. The series is described as a haunting portrayal of addictive love and the repercussions that a relationship has on the families in a small New England town.