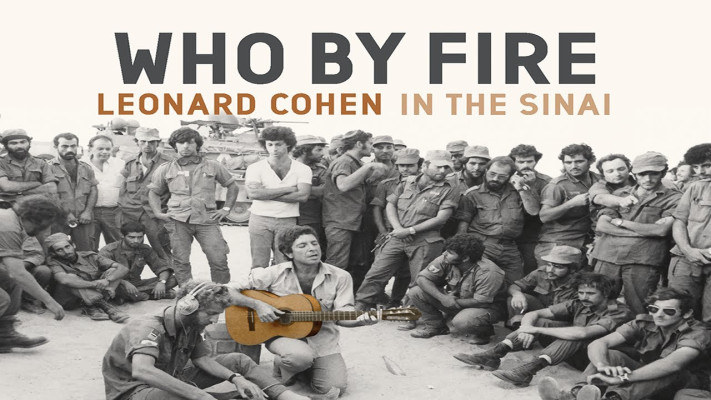 Israeli network Keshet 12 announces their upcoming series Who By Fire, which tells the story of Cohen’s 1973 concert on the frontlines of war. It is a series adaptation of Who By Fire: Leonard Cohen in the Sinai by New York Times columnist Matti Friedman.

It features Leonard Cohen, a poet, and musician who hit a creative block as he journeys to the Sinai Desert and inserts himself into the chaos and blood of the Yom Kippur War.

Yehonatan Indursky (“Shtisel”) will pen the script for the series, which will begin production in Israel in 2024. Jill Offman of Sixty-Six Media, who pitched the idea to Keshet, will serve as executive producer. KI’s Atar Dekel and Keshet Broadcasting’s Yuval Horowitz will also EP.

“As a life-long Leonard Cohen fan, I loved Matti Friedman’s brilliant book from the moment I read it,” said Offman. “With Yehonatan at the helm and with my partners at Keshet, I am very much looking to bringing this his extraordinary story to the screen. I set up Sixty-Six Media looking for undiscovered international stories with universal resonance and it’s an honour to have this as our first project.”

About Who By Fire TV Show

“In October 1973 the poet and singer Leonard Cohen – 39 years old, famous, unhappy, and at a creative dead end – traveled to the Sinai desert and inserted himself into the chaos and blood of the Yom Kippur War. Moving around the front with a guitar and a pick-up team of local musicians, Cohen dived headlong into a global crisis and met hundreds of fighting men and women at the worst moment of their lives. Cohen’s audience knew his songs might be the last thing they heard, and those who survived never forgot the experience. The war tour was an electric cultural moment, one that still echoes today, – but a moment that only few knew about, until now.”